National Talent Search Examination is a national-level scholarship program in India to identify and recognize students with high intellect and academic talent. NTSE is one of the most prestigious examinations of India. The examination provides scholarship to the select students from 10th till post graduation level. Cracking the examination is also a matter of pride for any of the student as its a recognition by Govt. of India itself to one's talent & hardwork.
History
NCERT (The National Council of Educational Research and Training), started a scheme called National Science Talent Search Scheme (NSTSS) in the year 1963 for the identification of talented students and awarding them with scholarships. During the first year of the implementation of the scheme, it was confined to the Union Territory of Delhi wherein only 10 scholarships were awarded to the Class XI students.
In the year 1964, the scheme was extended to all the states and the union territories in the country with 350 scholarships for the students of Class XI. These scholarships were awarded on the basis of a written examination, a project report and interview.
These scholarships were awarded for pursuing education only in basic sciences up to doctoral level.
After the various changes in the subsequent years, in the number of scholarships, pattern of test, reservation percentage, even the exam name, this scheme underwent a major change in year 2006, wherein the NTS examination was held for 8th class students. From the year 2008 examination, a provision of 3 % reservation has been made for physically challenged students also.
In the 94th Meeting of Executive Committee of the NCERT held in 2010, it was decided that from 2012 the NTSE will again be held for class X students.
Now, only 10th class students are eligible for this scholarship scheme.
The scholarships under the present scheme are awarded to the candidates based on two phase examination each phase comprises of objective type SAT (scholastic aptitude test ), LAT (language aptitude test) and MAT (mental ability test) for pursuing courses in sciences and social sciences up to doctoral level and in professional courses like medicine and engineering up to second-degree level, subjected to change in every new session.
Eligibility
Eligibility Criteria for Stage-I:
Only Indian students are eligible to appear in this level.
The students studying in Class X are eligible for appearing in this test.
Minimum 60% marks for General Category and 55% for SC, ST and PH category candidates, in their Class IX (last academic year).
Candidate must be a student in a recognized school in the respective State or Union Territory.
Students registered under Open Distance Learning (ODL) are also considered eligible for the scholarship examination, if he/she is below the age of 18 years (as on July 1, 2017) and is not employed while appearing for Class X exam.

Eligibility Criteria for Stage-II:
Based on Stage I, students recommended by state, are eligible for the Stage-II to be held by NCERT at National level.
All the students, who secure the minimum required marks at Stage-II, are eligible for the scholarship program.
All the eligible students, who wish to appear in the scholarship programme, are required to register for the same. After the scrutiny of the applications, only eligible candidates are allowed to appear in the exam.

Pattern
The examination conducted in two phases namely Phase I and Phase II.
Questions are Objective type, OMR Sheets are provided to the students.
Each phase consists of two papers -
Paper1
-MAT (Mental Ability Test) – 45 Min & 50 Ques. – Verbal & Non Verbal Reasoning
-Language Test* – 45 Min & 50 Ques. – Questions to check linguistic ability
-*Choice of Language: First Phase – Regional OR English, Second Phase – Hindi OR English.
Paper2
-SAT (Scholastic Aptitude Test) – 90 Min & 100 Ques.
-Mathematics (20 Ques.) + Science (40 Ques.) + So. Science (40 Ques.)
-Questions are Objective type, three separate OMR Sheets are provided to the students for three different sections.
Students are advised to read question paper instructions carefully as there can be some minor modifications vary from state to state.
Reward
Students who will qualify second stage, are eligible for the scholarship.
The amount of scholarship has been enhanced to Rs.1250 per month for class XI and XII and Rs.2000 per month for students studying under graduate and above.
Government review and revise the scholarship amount after certain period.
The scholarship is provided immediately after the result. Incase, students not receiving the letter from NCERT after 5 weeks of the declaration of the result, they are supposed to immediately contact to NCERT for updates.
There are no restrictions like parental income, government school, domicile etc. for claiming the scholarship.
It’s a pride & honor of lifetime for a student, as the talent of student, in a sense, is certified by Government of India itself.
Incase, student moves abroad for studies, he will not be entitled to enjoy the scholarship thereafter.

Refered as the 'Miracle Man Of NTSE', Prof. Vipin Joshi is standing with record number of NTSE selections in India. His knowledge and research for the examination pattern has already turned his word to be considered as The Final Word for students preparing for NTSE. He has already reached to the optimum level of NTSE expertise, that one, every year, expects almost the same questions that he drafts in his tests and sheets for NTSE. Numerous state toppers, year after year, under his belt, he is simply the greatest mentor in the history of the examination.


Count on Us... He is Different

Starting from a 1 BHK flat, with 3 students, few years back, to now a 50 crores venture with dominating presence in 8 big cities of India and with 800+ co-workers sharing his dream, he has already proved a lot about his talent to the world.& if this is not sufficient,with still, four new ventures on board, he is an immensely passionate person, as one can think. 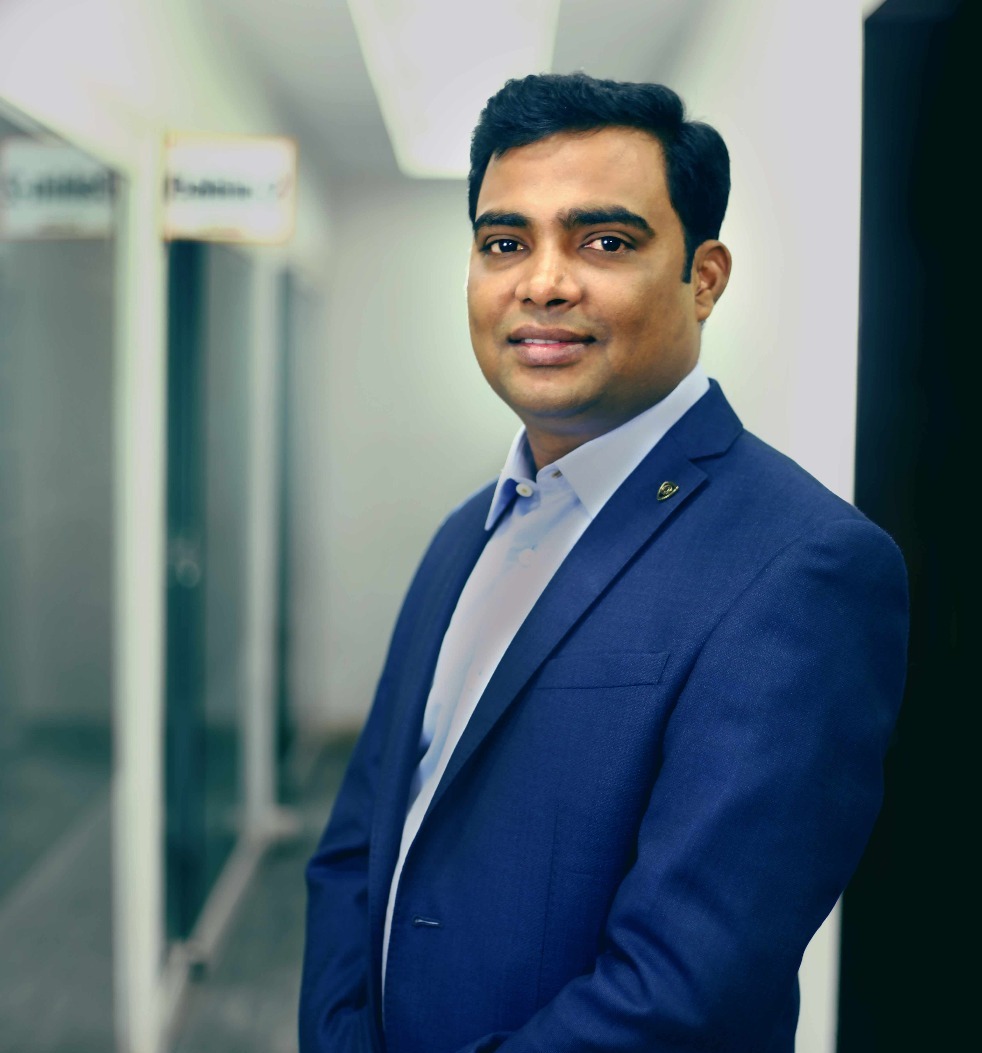 But unlike others, he is, ‘a bit different’. Well, an odd one out. He never ever used an ATM, debit or credit card. Doesn't even knows about,which bank, he's having his account... Never ever went to any water park, disco...Till date, never tasted any of the burger, pizza or chinese... Never been on FB, whatsapp... Infact, now for quite some time, not even having, net on his mobile!!! But, he is alive.

From academics to politics, from ramayana to enterpreneurship, singing to spiritualism, he has a profound knowledge to share .... Those who have listened to him live have undergone that mesmerising experience, full of new ideas and vision. In his words, "Everyone out of us, living or non living are the integral part of the same omnipresent divine soul. So, the question of mine knowing anything more than you doesn't exist. It’s just that i have gone deeper within, more consistently. The reason why I am having more gifts to share with you. I know that, tomorrow, I will receive the same from you."

A Glimpse of Vipin Sir’s Lectures

The All India NTSE Test Series Ashwamegh is a brainchild of The Miracle Man of NTSE – Prof. Vipin Joshi. The long standing problem of students to know their current standing vis a vis their level of preparation apropos NTSE, will now get solved through this NTSE test series- Ashwamegh. Also, one of the biggest benefit of Ashwamegh for an NTSE aspirant, is the wonderful time proven set of most probable questions that can be asked in the forthcoming NTSE.


The Man himself explains...

AIM : A one year integrated program, Aadhar-1 provides a perfect recipe for your success in NTSE. The aim is to give a great start to your success voyage for the national pride. Aadhar-1, kicks off and analyse one’s level of preparation and also helps identifying the current areas of one’s strength and that of relative weaknesses while simultaneously providing the aspirant with the suggestive measures for improvement.

Syllabus : Based on 9th NTSE Syllabus

AIM : A 2 year integrated program, Aadhar-2 provides a perfect recipe for your success in NTSE. The aim is to give a great start to your success voyage for the national pride. Aadhar-2, kicks off and analyse one’s level of preparation and also helps identifying the current areas of one’s strength and that of relative weaknesses while simultaneously providing the aspirant with the suggestive measures for improvement.


*It is for first test on the basis of Ashwamegh Test Schedule.

AIM : A one year integrated program, Shikhar provides a perfect recipe for your success in NTSE. The aim is to give a great start to your success voyage for the national pride. Shikhar, kicks off and analyse one’s level of preparation and also helps identifying the current areas of one’s strength and that of relative weaknesses while simultaneously providing the aspirant with the suggestive measures for improvement.

The Most Favored Video By

Please verify your mobile no.